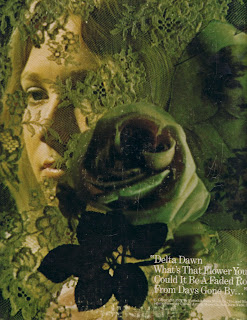 Tanya Tucker's first album is shamefully not on cd. Billy Sherrill was an amazing country producer of the 70's. He did wonders with Jody Miller, George Jones, Barbara Mandrell, and Barbara Fairchild. Although I think he got lazy with Tammy Wynette by this period. His most important accomplishment in the 70's was debatedly his work with Tanya Tucker. He built up an impressive gothic image with the girl. Tanya might have been young but she understood the disturbing material far beyond her years. There are the hit songs "Delta Dawn" and "The Jamestown Ferry" here. But there are a number of other goodies as well. Her covers of Johnny Paycheck's He's all I got and Soul Song are solid. However it's really her take on Linda Hargrove's (an singer/songwriter that deserves a reissue) New York City Song that really sticks out. It's a bleak picture of a newcomer in the city. The album isn't perfect though. I didn't much care for her version of "I'm so Lonesome I could cry" and she doesn't sound really happy doing "The Happiest girl in the whole U.S.A.". After Billy Tanya went to pop. It probably was for the best as the gothic gimmick would have gotten old. Although those were her best days. Besides TNT is a guilty pleasure of mine.
Posted by bethrecordcollector at 11:41 PM 4 comments: