Hey look me over Susan Maughan 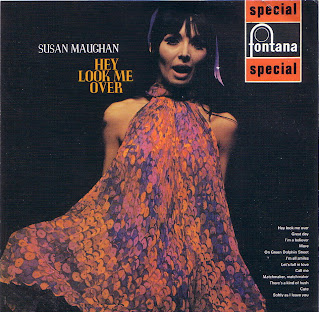 Susan Maughan was one of Britain's many female singers of the 60's. She was known mostly for her cover of "Bobby's Girl." (Sorry I prefer the original Marcie Blaine.)
This album that she did is solid. It has swinging arrangements and fits with her brassy voice.
Posted by bethrecordcollector at 7:17 PM No comments: 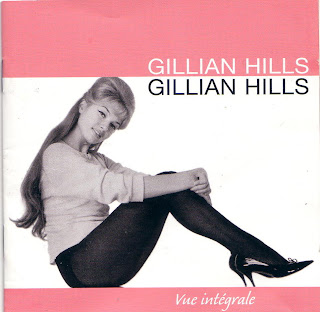 Gillian Hills was a great talent who managed to maintain a minor film and musical career in the 60's and early 70's. She is best remembered as the Brigitte Bardot want a be in the fun British cult film Beat Girl where she played a bratty bad girl. But she also made a number of EP's in the ye ye genre and if you like France Gall and Sylvie Vartan you'd probably like Gillian. In her short singing career she tackled a number of different styles from jazzy (Jean-Lou) to rock (Oubile) to folkie (Rien N'est Change).
Gillian also wrote a number of her songs, the strongest of which is Rien N'est Change, where she managed to successfully emulate Francoise Hardy. My favorite song though is strangely enough a cover. Usually I'm lukewarm to covers but Rentre Sans Moi is every bit as good as The Zombies' Leave Me Be. She adds her own touch. It's just not a carbon copy. Gillian also collaborated with other artists like Les Chaussettes Noires with C'est Bien Mieux Comme Ça and Serge Gainsbourg. Unfortunately the later is not included in this package. Both of these videos can be found on the internet and are a joy to watch. After her entertainment career, Gillian continued on with another artistic profession illustration. She proved to be excellent in this as well.
Posted by bethrecordcollector at 6:28 PM No comments: 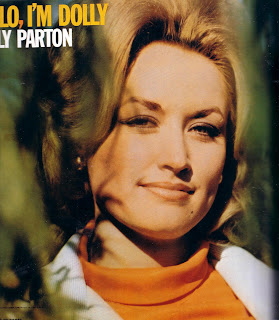 Dolly Parton's first album was on the independent label Monument. This was before she had met Porter Wagoner and developed the Dolly look. The cover alone is worth a look. The music inside however shows promise. It isn't surprising Dolly became the superstar she is today. There are clunkers since this is a first time definitely "I don't wanna throw Rice" but overall it's pretty good. She shows herself as a talented songwriter here. "Dumb Blonde" and "Something Fishy" are catchy numbers too. There's really only one downsize to this album, the liner notes. It sounds like the writer didn't give a listen to the album. It isn't even really about Dolly.
Posted by bethrecordcollector at 4:00 PM No comments: 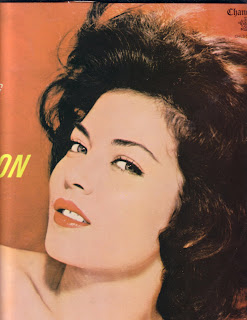 Linda Lawson originally started out in Las Vegas singing for two years before she was able to make this album in 1960. This album is wonderfully arranged by Marty Paich and it's not hard to see why the original album is a collector's item.
The loungy album is mostly full of standards like You Don't Know what Love Is and But Beautiful. The best number on the set is Like Young which takes the beatnik craze for all it was, even throwing in Kerouac's name. I love the up tempo "Up pops Love" just as much.
Afterwards Linda Lawson put her music career aside for a film one, which resulted in her role as the mysterious mermaid in the noir thriller Night Tide. She brought an alluring charisma to the screen as well. But her name was seldom heard again. Despite that she briefly gave the entertainment industry a great star.
Posted by bethrecordcollector at 9:24 PM No comments:

Girls in the Garage series 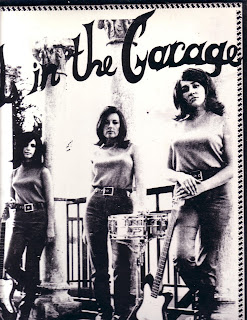 Someone needs to put this past lp series on cd. It's a collection of 45's from obscure girl garage groups from the 60's. There were enough discovered to make 11 volumes. Unfortunately nowadays these records aren't easy to come by which is a shame because they're fun and well chosen. Since this collection a few of the groups like The Luv'd Ones and The Cake have got on cd. The French and the Oriental also get their own lps in the series.
Posted by bethrecordcollector at 9:00 AM No comments: