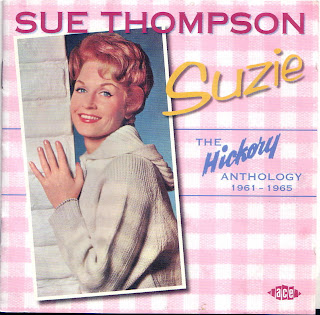 When I played this in the car my brother said, "This sounds like a 16 year old." I can't blame him. She sang like one and did teenage material. But no Sue Thompson was around her 30's by the time she made it in the pop scene. (It was part of her odd appeal.) This cd collects the material she did for the Hickory label. It includes the hits like the wonderful Paper Lion and James Hold the Ladder Steady. I also like some of the filler songs like True Confession.
Sue later went on and did country in the 70's. Her duets with Don Gibson aren't featured on this cd but I'll probably collect those albums in the future.
Posted by bethrecordcollector at 1:33 PM No comments:

Jackie DeShannon's Are you ready for this? 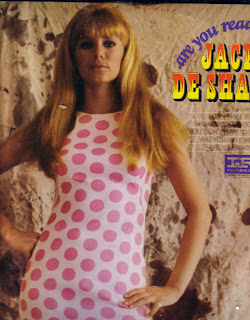 This is one of Jackie DeShannon's best albums. You can tell that she spent way too much time listening to The Supremes before this. She does her best Diana Ross imitation. A number of catchy songs here especially with Love is Leading Are you Ready for this? Fun album.
Posted by bethrecordcollector at 7:36 PM 2 comments: 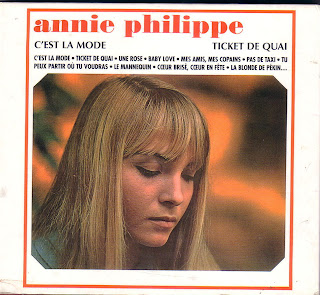 This two cd collection is of French ye ye singer Annie Philippe. Vocally she sounded squeaky like France Gall although Annie had more of a grown up persona. There are a number of good songs here. I love the ballad Ticket de Quai and upbeat numbers like Pas de Taxi, C'est La Mode, and On m'a tonjours dit. If you're looking for something beyond Francoise Hardy and Sylvie Vartan, Annie is worth a shot.
Posted by bethrecordcollector at 3:26 PM No comments: